Do you want to make a difference but just need the funding to do it?

The Patricelli Center is offering three $5,000 Seed Grants, a $10,000 Projects for Peace Grant and several $4,000 Summer Experience Grants. These grants are open to anyone with an idea for a social venture or social impact project that they want to launch or grow. Applications due 1/28!

For more info visit the Patricelli Center or email engage@wesleyan.edu. 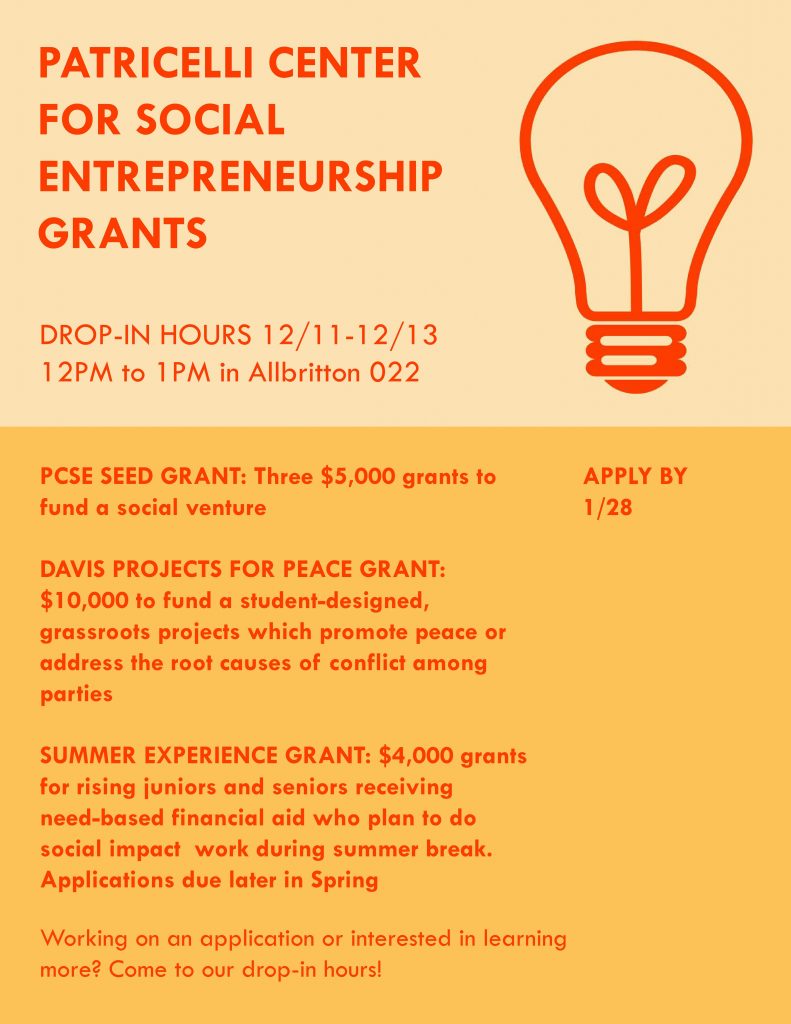 “Black on Both Sides: A Racial History of Trans Identity”

In Black on Both Sides, C. Riley Snorton identifies multiple intersections between blackness and transness from the mid-nineteenth century to present-day anti-black and anti-trans legislation and violence. Snorton is associate professor of Africana studies and feminist, gender, and sexuality studies at Cornell University, and the author of Nobody Is Supposed to Know: Black Sexuality on the Down Low (Minnesota, 2014).

Please join us for a lecture by Daria Ezerova,

Daria Ezerova is a Ph.D. candidate in the Department of Slavic Languages and Literatures at Yale University. Her dissertation is titled “Derelict Futures: The Spaces of Socialism in Contemporary Russian Literature and Film.” Her research focuses on contemporary Russian culture and the extent to which it demonstrates the continuity of Soviet models of representation. She considers examples from literature, drama, and film from the early 1990s to the mid-2000s and compares them with the landmarks of Soviet culture. The primary focus of her dissertation is the representation of space. Through exploring the interrelationship between space and time in the periods of radical political transition, she argues that after the fall of the USSR capitalism substituted itself for Soviet Marxism as the tutelary spirit that invested space with a sense of the future, and Russian culture briefly renewed its belief in progress. But this optimism proved to be short-lived: in the Putin era, a new sense of space emerged in the literary and cinematic counter-culture that that was marked by the acute absence of any scenario suggesting temporal progress.